4/6/19 - Deadly diseases: a history and the current battle against measles

This seminar/webinar covered the history of the human battle against deadly diseases and the current measles threat.

“We may fear terrorist attacks, but in truth humans have always had far more to fear from infections. The history of vaccination is rich with trial, error, sabotage and success. It encompasses the tragedy of lives lost, the drama of competition and discovery, the culpability of botched testing, and the triumph of effective, lifelong immunity. Yet with the eradication in the first world of some of humanity's deadliest foes, complacency has set in. We forget the power of these diseases at our peril, ” says Professor David Isaacs when describing his new book Defeating the ministers of death: the compelling history of vaccination.

Professor Isaacs provided an introduction to his captivating new book at this NCIRS seminar/webinar, including a reminder that in 1980, before measles vaccine was widely used, millions of children died of measles every year.

Dr Vicky Sheppeard then provided insight into the current global and local measles resurgence, and guidance for providers on what they can do to ensure all people are vaccinated appropriately for their age and risk.  She also covered important aspects of the public health response in Australia at national and jurisdictional levels, and other initiatives being undertaken globally. 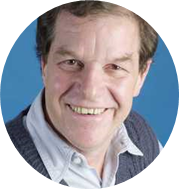 Professor David Isaacs is a consultant paediatrician at The Children's Hospital at Westmead, Sydney, and Clinical Professor in Paediatric Infectious Diseases at The University of Sydney. He has been a member of every Australian national immunisation advisory committee for the past 25 years. He is passionate about bioethics, and has published and taught extensively on ethical aspects of immunisation. 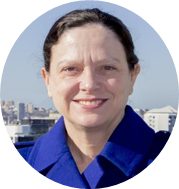 At least two thirds of Australians, including children and adolescents, have had COVID-19, two national antibody studies find

Previous COVID infection may not protect you from the new subvariant wave. Are you due for a booster?