FAQ3 - Questions about the impact of MMR/MMRV vaccination

What is the impact of MMR vaccination around the world?

Countries similar to Australia, such as Britain, the United States, Canada and New Zealand all have long-standing MMR vaccination programs with high uptake. Globally, between 2000 and 2017, the percentage of children receiving at least one dose of measles vaccine increased from 72% to 85% and an estimated 21 million deaths due to measles were prevented.16

What is the impact of MMR vaccination in Australia?

When an outbreak occurs, it is often the unvaccinated who get the disease.15 It is possible for as many as 90 in every 100 unvaccinated people to develop measles, mumps or rubella if they are exposed to an infected person.2 Infected people can be contagious to others before the symptoms of the illness start. Occasionally, those who get the vaccine will still catch measles. (See "How effective is the MMR/MMRV vaccine?")

Measles control through MMR vaccination has made a large impact on the disease in recent years. In Australia between 1993 and 1998, there were 12,404 reports of measles with 2223 people hospitalised and seven deaths (three were children).16 Between 2002 and 2005, 94 people were hospitalised because of measles. Twenty of the hospitalised had complications (including meningitis, pneumonia, ear infection and other complications). Those aged 0–4 years had the highest rates of hospitalisation.17

Most measles cases have been prevented in Australia over the last 10 years since the MMR vaccination was made available for all children at 12 months of age (see figure below). Outbreaks occur but these are mostly among unvaccinated people visiting or returning from countries with endemic measles. 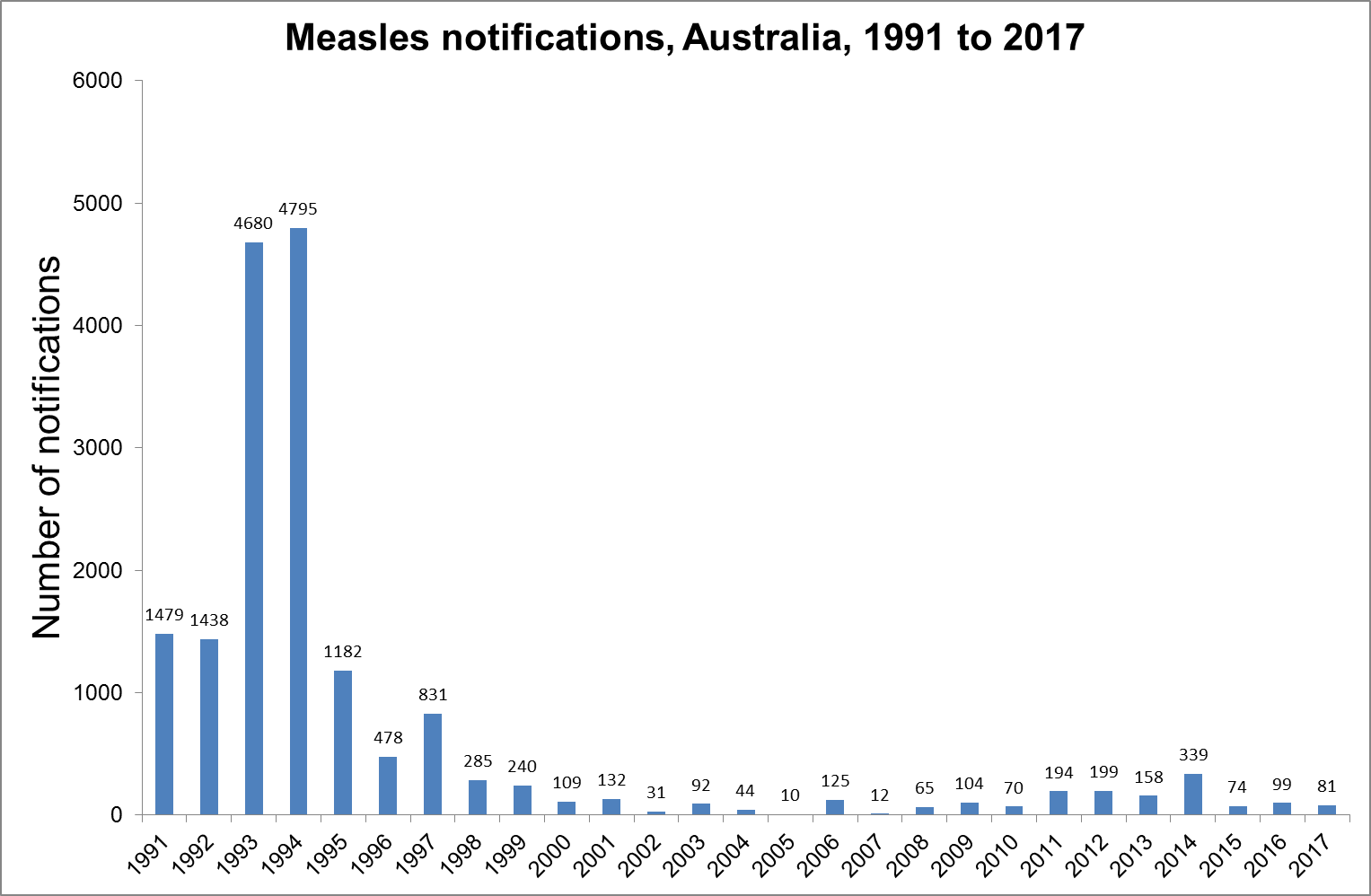 If these diseases are no longer very common in Australia, why is MMR vaccination still recommended?

Even though measles is comparatively rare in Australia since high levels of immunisation were achieved, there have been large numbers of cases in countries Australians travel to frequently including countries in Europe such as France and Italy, and countries in Asia such as Thailand and the Philippines. People travelling overseas are at risk if they are not fully vaccinated with two doses and returning travellers can bring measles back to Australia causing local outbreaks.